If you are a do it yourself kind of person you will find welders, stick welders in particular to be handy tools. Stick welders are easier to use and more portable than some of the other types of welders out there. This is why they are loved by beginners and pros alike. So if you are in search of best arc welder for beginners our selections of best arc welder can be handy too.

But which is the best stick welder to have? There is surprisingly a large selection of stick welders on the market. This means sifting through all the different makes and models available can be time-consuming.

What is easier is sifting through a list of best stick welder for beginners. And after evaluating and testing a host of different stick welders we have narrowed down to seven. These seven offer value for money, hence why they are on the list.

A Comparison of Our Top Picks for 2019

One of the most complete packages you can get to suit your welding needs is this one right here. The LOTOS LTPDC2000D non-touch pilot arc plasma cutter/tig/stick welder. A three-in-one welding machine, it truly deserves the number one spot on our list.

Dual voltage
This machine has a dual voltage capability of 110v and 220v stick welding. Thus it can be used with standard power outlets you have in your home. As well as with more high power outlets. For both tig and stick welding it requires a 50 to 200 amp DC output.

A three-in-one machine
It can be used for tig and stick welding. Also, it comes with a plasma cutter, which can be used to cut through metal. This 50 amp plasma cutter is quite effective at cutting painted, rough or rusty surfaces.

Compact and portable
Normally, you would expect such a machine as this to be bulky, cumbersome and a nightmare to use. However, it is pretty compact and light. Also, given that it is a stick welder it is easy to use. The plasma cutter has a non-touch pilot arc, meaning you don’t have to touch it to use it.

The title of the best cheap stick welder goes to the AUTOOL EWM-508 ARC-200 DC inverter welder. Costing slightly over $120 it is a decent welding machine to have at home. Its list of features is what you would expect from such a machine.

Controlled welding
This welder comes equipped with an IGBT control. What this smart control does is regulate the current. This translates to a smooth joint weld with a low splash. This helps make a better weld, especially on joints.

Excellent protection
In case of overheating, the welder comes with an automatic power-off feature. This helps prevent overheating of the machine when in use. It also comes with a fan with a rotation of 4100 turns per minutes which helps deal with the heat.

Pure copper cable
The pure copper cable that is included with this welder is awesome. It helps in regulating the amount of power used by the welder. This it can do even over long distances. This helps improve efficiency by up to 70%.

This welding machine is loved by many due to its ease of use and compact design. Also, it is pocket-friendly and is ideal for do-it-yourself projects. It does not have any complex features which are an added benefit.

Another great contender for the title of best cheap stick welder, the HZXVOGEN is a portable welding machine with a reasonable price tag. It goes for about $100, which makes it one of the most affordable out there.

Compact design
The first thing you notice about this machine upon purchase is how compact and lightweight it is. It weighs 1.95 kg, which is pretty light for a welding machine. Atop the welder is a nice handle that makes it easy to carry.

Dual voltage
Surprisingly, this budget welder is a dual voltage machine. It can work with both the 110v input current as well as the higher 220 v input current. This is pretty impressive as most of the welders with this feature cost way much more.

Awesome accessories
This welding machine comes with several useful accessories. For starters, you get an electrode holder and an earth clamp. Also included in the package is a 30Amp adapter cord.

Many who use this welder have praised it for being lightweight and compact without compromising on performance. It does what it is built for exceptionally well, and is a machine you would be happy to have at home.

One of the best stick welders for beginners and powerful welding machines is the Forney Easy Weld. Its bestselling point is how easy it is to use. And with a name like Forney Easy Weld, it should be expected.

Dual voltage
Similar to the other welding machines already reviewed this is a dual voltage machine. However, it uses either a 120 v power input or a 230v power input. This makes it one of the more powerful offerings in the under $500 price tag.

Powerful welder
When it comes to welding, this welder does not disappoint. At 180 amps it is capable of welding steel of up to ½ inch in thickness. Overall, it has an all-metal external casing, which improves its durability and toughness.

Generator friendly
While you will mostly power it using your shop’s or garage’s electrical power supply it can also be powered by a generator. The good thing is that the quality of the weld does not become bad when attached to a generator.

While it is not suited to heavy-duty tasks, it is more than capable of handling small and light projects. Beginners will find it a nice welding machine as it is easy to use. Also, it can be used for both stick and TIG welding. Hence why it is best stick welder for beginners.

For larger welding jobs, the HITBOX ARC welder 200 A stick DC 220V inverter welding machine will come in handy. While it is one of the more affordable offerings on the market, it is quite powerful.

Powerful welder
This is isn’t a dual voltage welder and only works with the 220 v circuit. Nonetheless, it offers excellent performance. When set at 145 amps it can handle welding metals of up to ¼ inches using a 3/16″ 6013.

This is a powerful welding machine. It uses the 220 v circuit which is a bit of a disappointment. Nevertheless, it can be a great companion to have for farm, yard or garage work. Its portability and power make it an ideal unit for homeowners and pros alike.

This welding machine is the complete package. It can be used for MMA stick, gas-shielded, and gasless flux-cored welding. It can also weld non-ferrous metals such as aluminum, which adds to its value.

Dual voltage
A highly rated welding machine it can use both the 110 v and the 220 v power inputs. With its dual voltage capabilities, it is capable of welding mild steel. Also, it can be used to weld stainless steel.

Adjustable wire feed speed
Another great feature of this welding machine is the adjustable wire feed. Any experienced welder knows how important this is. You can control the rate at which the wire is fed through the welding gun.

Selector switch
It is capable of welding aluminum using a spool gun. However, a spool gun is not included in the package. What is available is a selector switch that makes it easy to swap the welding guns for welding different metals.

When you think about the best inverter stick welder, this welding machine is one that should come to mind. It is an absolute beauty and has a lot to offer. Also, it is not an expensive unit and goes for less than $500.

It is difficult to imagine that the HITBOX ARC160 stick MMA welding machine costs less than $200. A powerful option for home use, it is by far the best stick welder under $200 on our list. But this is not the only thing that earned a spot on our list.

220v plug
This welder uses the same 220v power plug found on most large air conditioners. This gives it an output current range of between 30 and 160 amps. This is pretty powerful for a welding machine at its price point.

A reliable performer
With its 30 to 160 amps output current range it can handle a lot of welding tasks. It is common for its owners to weld for 6 hours without experiencing problems. There is no overheating with this unit.

Light and compact
While it is built for power, it is surprisingly compact and lightweight. It is thus easy to use and carry around especially thanks to the handle it comes with. It weighs about 8 pounds which is lighter than most similar products.

When it comes to the best portable stick welder, this welding machine is a serious contender. Weighing only 8.68 pounds it is one of the most lightweight welding machines out there. More importantly, it is powerful and durable enough for multiple welding tasks.

Like any other appliance, people have different preferences when it comes to stick welders. Also, different welder models are suited to different welding tasks. Let us now look at what makes a welding machine be suited for your specific welding task.

Inverters are best suited to multiple welding projects that require a lot of movement due to their portability. They are preferred by hobbyists and freelance welders. They generally weigh less than 20 pounds and are thus easy to carry from one task to another.

Transformers, on the other hand, are bulkier and cost more. But what they lack in compactness they more than make up for in their build quality. They are usually more robust and suited to more heavy-duty tasks.

Moreover, they consume more power compared to inverters and require more space. Nonetheless, they are the cheaper option and make great welders for the occasional welder.

The type of current use

Welders use either AC or DC current, with most welders using DC current. However, most homes use AC, which brings about compatibility issues. To avoid this we recommend going for a welder that uses both AC and DC currents.

This way you get the best of both worlds. Most welders use DC current because it produces smoother welds.

A welders power output has a direct impact on its performance. The higher the amperage the less time spent welding. The best stick welder under $500 will have an amperage of 100 amps and above.

This means they are compatible with both the 115-volt input voltage and the 230 volts. Such welders offer more power and flexibility. Ideally, though the best stick welder for home use will have an input voltage of 115 volts.

The reasons why the Lotos LTPDC2000D is top on our list is because it is the most versatile. Ideally, you will want a welding machine that can do more. The best tig stick welder will capable of both tig and stick welding.

Depending on whether you are a beginner or a professional welder the type of welder you get matters. Some welding machines have limitations that you cannot overlook. Therefore, when shopping for a welding machine it is important to consider its purpose. 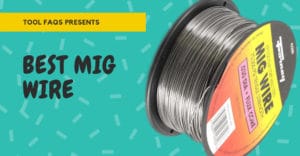